Two car bombs defused in London and an attack on Glasgow airport - looks like it's going to be a long hot summer.
Posted by George Junior at 11:01 AM

Neo-neocon explains why her blog automatically rejects comments that include the word "socialism".

[T]he fact [is] that (as most of you may have figured out by now) the word “cialis” is embedded in the word “socialism.”

I currently have blocked about fifty drug names on this site; if I hadn’t done so, there might be upwards of a fifty or so pharmaceutical spam comments here a day. Cialis, of course, is one of them, and the unintended consequence of blocking Cialis is to block socialism.

You know what, I decided about lunchtime yesterday that I couldn't take any more. The whole thing was turning into a blubfest of nauseating proportions. First we had the Pyongyang-style standing ovation, in which hundreds of hypocritical parliamentarians clapped their hands sore in celebration of Tony Blair - when a great many of them have spent the past 10 years actively trying to winkle him out of Downing Street, a group that includes many on his own side, and above all his successor.

Then poor Margaret Beckett was so overwhelmed that she started to weep, and had to be "comforted" by John Reid, a procedure that is surely enough to make anyone snap out of it. And then we had the cavalcade moving off to the Palace, and what with the hushed tones of the newscasters and the thudding of the television helicopters overhead, the whole thing started to remind me of Diana's funeral.

Yesterday it was blog maintenance, today it's body maintenance - 4 hours at the hospital and they're still no nearer to finding out what's wrong with me.
Posted by George Junior at 3:37 PM

I'm up-loading the archives from my old blog site (and making a poor fist of it) so you might see a whole load of random posts from years ago appearing here on the front page.

Aplogies for any confusion.
Posted by George Junior at 1:48 PM

A guest for dinner

One of Mac's nephews has recently moved to Bristol after finishing university, so last month we invited him round for dinner. Turns out he's in cahoots with the "Fairford Two" (and assorted crusties) and despite (because of?) a First in Philosophy, he's about as gormless as they come.

Still, I managed to take it all with good grace, though I couldn't help guffawing when he started quoting Chomsky. Luckily, I was cooking that evening so I had plenty of opportunities to absent myself from the pre-dinner conversation.

All in all, I feel sorry for him, not because of his views or the people they've led him to associate with, but because underneath that thin veneer of studied radicalism you could sense the fear and confusion of a young man uncertain about his place in the world and not knowing what to make of his life.

Having said that, next time he calls me "bourgeois" I think I'll clout him.
Posted by George Junior at 5:12 AM

Sights of the seventies

Pootergeek notes that the afro is making a comeback. Most of the guys I know who haven't shaved it all off are wearing cornrows or 'locks but a few of the kids have started sporting afros.

Whatever next - leisure suits? 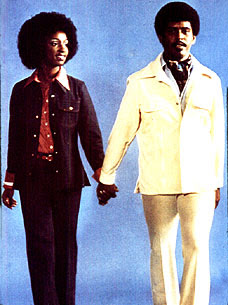 Posted by George Junior at 4:53 AM

It's the first day of Wimbledon and, yep, it's raining. Surprise, surprise.

Judging by the weather forecast, some play might be possible tomorrow but the rest of the week looks like a wash out.
Posted by George Junior at 3:28 AM

According to the Observer:

Pakistan has told Britain that Salman Rushdie's knighthood breaches a United Nations resolution aimed at calming tensions between different religions, The Observer has learnt. The highly unusual warning was made during a meeting with the British High Commissioner in Pakistan and reveals the extent to which senior Pakistani politicians fear the award will damage relations between the countries.

Pakistan’s approach to religious tolerance is set out in the latest report from the US Commission on International Religious Freedom. Pakistan’s blasphemy laws are a particular focus for concern as they are often used “by extremists to intimidate members of religious minorities and others with whom they disagree.”

“Pakistan’s blasphemy laws are inherently arbitrary, and they de facto restrict freedom of speech and other freedoms guaranteed by international human rights norms,” said Felice D. Gaer, Commission Chair. “These insidious laws lend themselves to misuse and abuse, resulting frequently in severe violations of freedom of religion or belief in Pakistan.”

The blasphemy laws are one of the many ways in which the government of Pakistan severely violates the internationally guaranteed right to religious freedom. Other abuses include the laws violating the rights of the Ahmadi community, the persistent sectarian violence targeting Shi’as, Christians, Ahmadis, and Hindus, and the Hudood ordinances, which violate the rights of women in Pakistan.

[For more on the discrimination faced by Ahmadis in Pakistan see here.]

Hmm, maybe I've got it wrong but it doesn’t look like Pakistan is overly interested in calming tensions between different religions.
Posted by George Junior at 12:18 PM

It's 20 years since I went to the Festival; I've only been the once. I was working security on Stage 2. It wasn't an onerous job - most of the festival goers I came across were too out of it to even think about causing any trouble. And I was working with a good bunch of people, so I generally had a good time. But the Festival itself left me cold.

All in all, I think Stephen Pollard gets it about right:

Do you long to free yourself from the shackles of convention? Do you gaze into space, bemoaning the fact that your life is one long obligation to family, work and friends? Are you panting with anticipation at the thought of this week’s Glastonbury Festival, knowing that for just a few days in the year you will be free to be yourself, free to commune with Nature and free to indulge in the hedonism you think life should really be about?

Read the rest.
Posted by George Junior at 8:59 AM

The Neural Correlate Society (just the name makes me want to join) has announced the winner of the Best Visual Illusion of the Year Contest:

Do you ever find yourself wondering whatever happened to Dolores Hart? No, thought not. Just me, huh.

I recently watched “Where the Boys Are” - it’s a hoot (well, as much of a hoot as a dated and stilted teen movie from the early sixties can be) and I found myself asking whatever happened to the female lead. Hart was good looking, personable and a talented actress, but apart from a couple of films she made in the late fifties playing opposite Elvis Pressley, I couldn’t recall seeing her in anything else. So what happened?

I figured death, drink or debauchery had cut short her career, but no - turns out, at 25 she gave up acting to become a Roman Catholic nun, eventually becoming Prioress of a Benedictine Abbey in Connecticut. Not really what I expected!

According to Wikipedia (I know, I know), “she’s the only nun to be an Oscar-voting member of the Academy of Motion Picture Arts and Sciences.”
Posted by George Junior at 10:12 AM

First things first: What’s happening with some of the folks on my blogroll?

Scott over at the Daily Ablution hasn’t posted for over a month (look who’s talking!). Clive Davis has gone corporate and now blogs at the Spectator (which takes the shine off a little) and Mr Smash has been recycling his posts from the Sandbox – all very poignant but what’s going on?

On the plus side: Norm is still posting with his usual vim and vigour, Gregory Djerejian continues fighting the good fight (see Torture Corrupts, Absolutely) and Ophelia Benson (whose Notes and Comment I read religiously) has been on top form - well, she's had a lot of material to work with recently.

As for the rest, the standout for me is Zoe Brain. You never know where life is going to take you and life has taken Zoe to some strange places over the last couple of years. It's to her immense credit that she's managed to blog through the experience with her dignity intact. In her own words:

Mention "transsexuality" on any blog or forum, and lots of ugly opinions crawl put of the woodwork, mostly based on ignorance and misinformation. In my experience, most people are basically good. It's because they're good that they have such strong opinions in matters of morality, ethics, and the health of Society. Point them towards the facts, cure their ignorance, and you don't have to worry about changing their attitudes. Their consciences will do the work for you.

Not everyone can be reached that way: but if you respond to insults, abuse and derision in a calm, dignified and forgiving way, for every active participant in the dialogue, there's likely a dozen of readers who will favourably impressed by your civility, and unimpressed by the self-evident unintelligent bigotry.

Keep it up Zoe.
Posted by George Junior at 3:55 AM

Why I haven’t been blogging:

Abusive e-mails I can take, but when someone goes to the trouble to track down your home address and telephones you on a daily basis to let you know that they have “concerns” about your blog before hanging up – well, that’s just freaky. And I don’t mind telling you it weirded me out for a while there.
Posted by George Junior at 3:15 AM

Well, turns out, it wasn’t just a bad back. A doctor’s appointment led to a battery of tests followed by an urgent surgical referral. I’ll keep you posted. 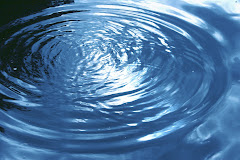